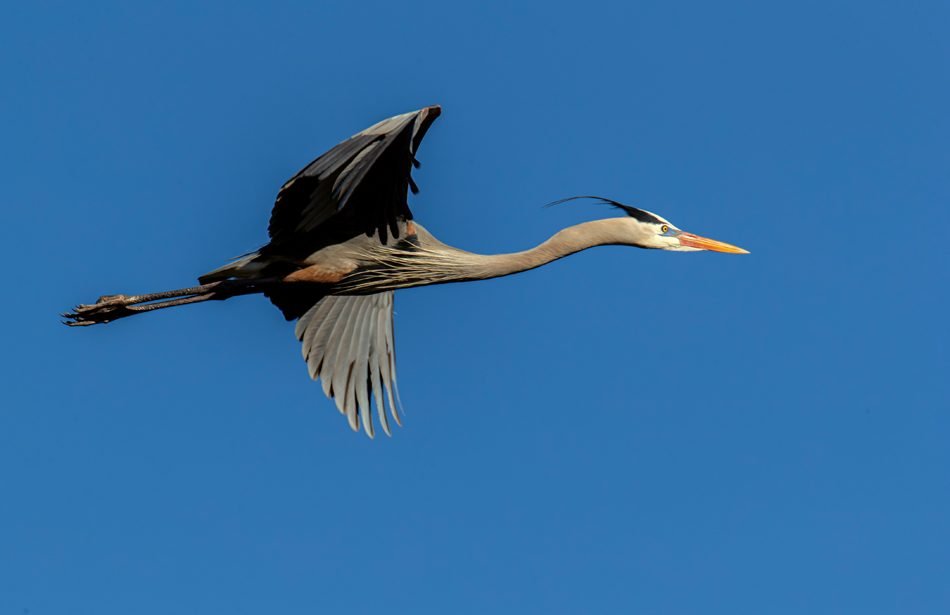 Quietly lifting their long delicate legs, they wander the edges of our ponds, waterways, and shorelines. Lithe dancers cloaked in beautiful feathers, these avian creatures move delicately and gracefully. Who are they? Wading birds!

Wading bird is a name used to describe multiple species of birds in different sizes and colors that share similar unique characteristics. Wading birds are found almost everywhere in our ecosystem. They frequent both fresh and salt water and like the areas where land and water meet. We are fortunate to see them here throughout the year; in fact, some may even visit your yard (but not your bird feeders!), where they look for insects, frogs, and snakes.

Their long legs keep most of their body from getting wet, and their strong, agile toes help them to balance and navigate marshy, muddy ground. They also have long necks and long bills (beaks), which act as avian spears or are shaped for foraging. Some use their strong bills to protect themselves and to pierce their prey. Beautiful as they are, do not underestimate their ability to use that spear-like bill found on some species to skewer a fish, frog, or other food.

Audubon notes that “one of a wading bird’s most notable features is its beak. Each bird has a bill specially equipped for its lifestyle. Herons, for instance, spear fish with long, dagger-like beaks. Flamingos filter out water through a special comb-like structure in their bill. And the pink-tinged Roseate Spoonbill uses its namesake appendage to clamp down on prey that swims past.”

The eyesight of wading birds is exceptional. Some of the species can wade through the water to hunt day or night! Species of wading birds can be found on every continent on the Earth except Antarctica.

Some of the waders that you might see here on Amelia Island are Snowy Egrets, Great Egrets, Reddish Egrets, Ibises, Roseate Spoonbills, Great Blue Herons, Little Blue Herons, and more. Roseate Spoonbills are photogenic flyers and one of the most popular, distinctive wading birds we see. Spoonbills are “pretty in pink” and easily recognized even at a distance. They have a large spoon-shaped bill, for which they are named, a wingspan of about 50 inches, and they weigh about 3.2 pounds, according to Sibley Birds.

The Snowy Egret is a small egret, only a bit larger than the Cattle Egret. Dressed in snow-white feathers, they have black legs and bright yellow feet, often referred to as golden “slippers.” According to Audubon, they “often forage actively, walking or running in shallow water, also standing still and waiting for prey to approach. They may stir bottom sediments with feet to startle prey into motion”.
Fossils of Snowy Egrets have been discovered at the Haile Quarry in Gainesville, Florida. These fossils are from the Pleistocene era, making them well over 13,000 years old; perhaps even much older than that!

With a 69-inch wingspan, one of our largest waders in our area is the Great Blue Heron. This is one species of wader that has the ability to see well enough to fish at night. Cornell Lab of Ornithology’s allaboutbirds.org notes, “Great Blue Herons have specialized feathers on their chest that continually grow and fray. The herons comb this ‘powder down’ with a fringed claw on their middle toes, using the down like a washcloth to remove fish slime and other oils from their feathers as they preen. Applying the powder to their underparts protects their feathers against the slime and oils of swamps”.

For more information on wading birds, consult reputable websites such as audubon.org or allaboutbirds.org. Until next time, keep your eyes to the skies! 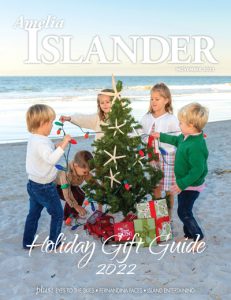