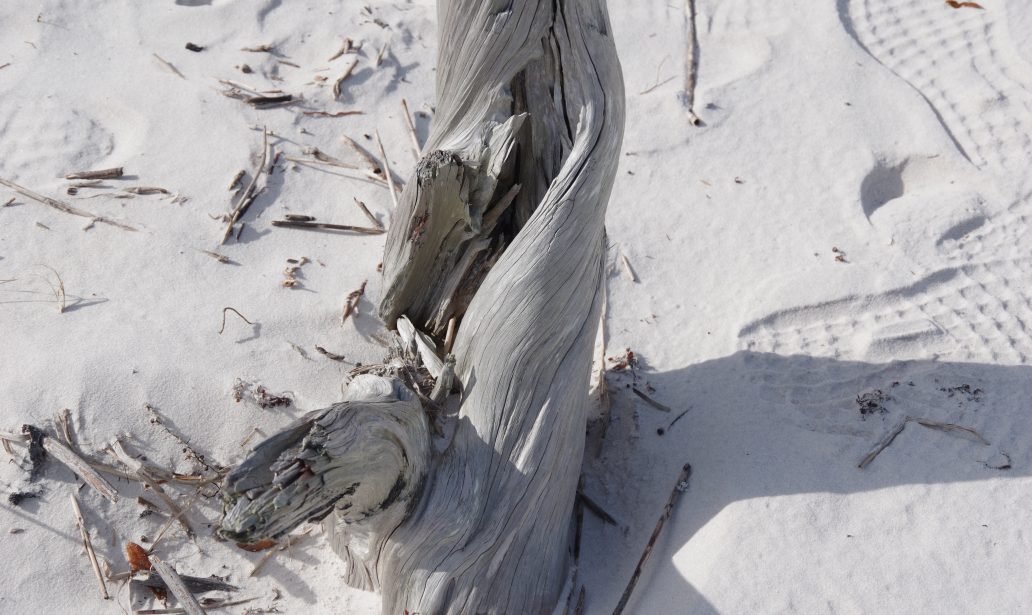 Coming across a piece of driftwood on the beach is a rather common occurrence when you live on an island. But did you know that driftwood has a story all its own, and has for centuries. Driftwood is mostly made up of trees that have been swept into the ocean during a storm, but it can also be structures lost in a storm, such as docks, pilings, and even wooden boats. Artists use driftwood in creating sculptures, and many people like to decorate their homes with special pieces of driftwood.

“According to Norse mythology, the first humans, Ask and Embla, were formed out of two pieces of driftwood, an ash and an elm, by the god Odin and his brothers, Vili and Vé. The Vikings would cast wood into the sea before making landfall. The location of the wood would be an indication as to where to build their mead halls.” (Wikipedia)

But driftwood plays an even more important part in the ecology of the ocean and its shores. Driftwood provides shelter and food for birds, fish, and other aquatic creatures, both when floating in the sea and when it comes ashore. So, although it may be tempting to take a piece of driftwood home with you, it’s best you leave it be, maybe take a photo instead.