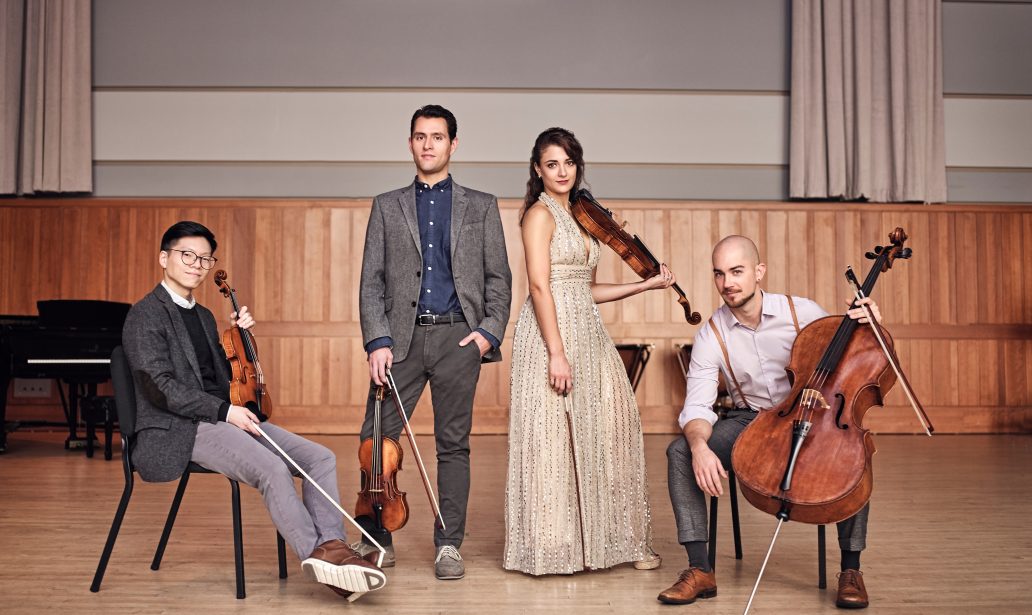 Beginning with its inaugural year, the Amelia Island Chamber Music Festival knew the importance of music education. Master Classes and tutoring for their Young Resident Artists program played an important role in the Festival’s first concert season. This program has not only thrived, but it has continued and expanded to become the Spring Institute.

The Festival launched the Institute in June 2019 with Balourdet String Quartet, Rice University, and Evermore String Quartet, Northwestern University, mentored by the AICMF’s Quartet-in-Residence, The Dover Quartet. This year the AICMF is hosting students from the Meraki and Jennings Quartets. “The Festival holds this premier training program for young artists the first week in June,” states Christopher Rex, artistic director. “The week-long Spring Institute focuses our educational efforts on downtown Fernandina Beach venues, in this case, St. Peter’s Episcopal Church for training, and concerts held at the train depot and County Courthouse.”

The Meraki Quartet is comprised of young musicians from the youth chamber music program at Crowden Music Center in Berkeley, California, coached by Eugene Sor. They include violinists Sofia Matthews and Jun Yong Liu, violist Lia Stallmann, and cellist Isabelle Nichols. The quartet recently had the honor of playing contemporary works at a presentation for Gordon Getty, and just took home the Bronze in the 2019 Fischoff Competition, the world’s largest and most prestigious chamber music competition.

The Jennings Quartet was formed in Fall 2020 at the recommendation of the McDuffie Center faculty. The ensemble has performed in various events in the central Georgia area, including a recital series at the Cathedral of St. Philip in Atlanta, Ga. The Jennings Quartet was invited to perform alongside the Cavani Quartet in a performance of the Shostakovich Octet, and delivered an educational program to music students in Macon, Georgia, with hopes of inspiring more young musicians to pursue classical music. Coached by Annie Fullard of the Cavani Quartet and Lawrence Dutton of the Emerson String Quartet, the Jennings consists of violinists Anna Black and Virgil Moore, violist Carlos Walker, and cellist Luis Parra Elkhouri.

During the 5-day training, the students are totally immersed in the training conducted by the internationally acclaimed Dover Quartet, and Christopher Rex, former principal cellist at Atlanta Symphony Orchestra and the founder and general and artistic director of the Festival. For the current season, the training will be mainly conducted at Saint Peters Episcopal Church in Fernandina Beach. There will be concerts at the Lakeside at Amelia Island, a retirement community and also at the Fernandina Beach Train Depot downtown. A ticketed concert will be held at the county Courthouse on Saturday, June 5, on the last day of the training.

For more information and tickets, call the AICMF office at (904) 261-1779 or visit www.ameliachambermusic.org.