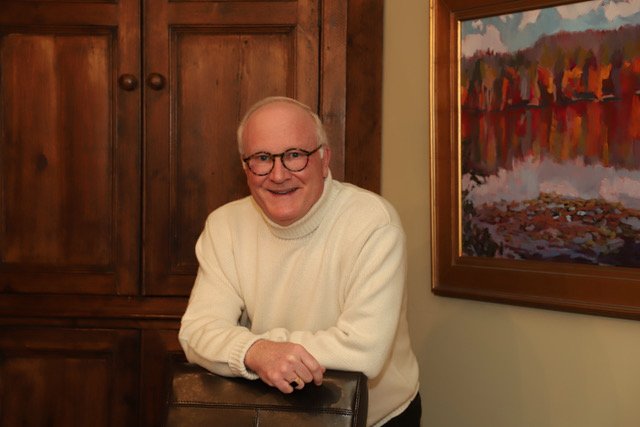 NC retired attorney Michael Almond and his historical legal thriller, The Tannery (Koehler Books, October 2021) is a gripping novel, centering around the trial of a poor, mixed-race teenage boy accused of murdering a prominent young Jewish woman at the beginning of the Jim Crow era in North Carolina. Set primarily in North Wilkesboro, NC, when it was a new town emerging in 1900, the plot expertly weaves turbulent Post-Reconstruction Southern historical atmosphere with suspense as attorney Ben Waterman, combating the Ku Klux Klan and a relentless, ambitious prosecutor, strives to prove Virgil Wade is not the person who stabbed Rachel Schumann to death with Wade’s skinning knife.

In a fascinating combination of historical figures such as Furnifold Simmons, the chairman of the North Carolina State Democratic Party and George Henry White, African-American US Congressman from North Carolina, along with fictional characters surrounding the shocking murder of lovely Rachel Schumann, daughter of Jakob Schumann who owns the tannery and is the driving economic force in Wilkes County, The Tannery examinespolitical and racial turmoil during the turn-of-the-century South. Assisted by Ross McGee, editor of the local newspaper, and his assistant, Tink, Ben Waterman researches every possible angle to exonerate his client and determine the true killer. Ben’s task seems impossible, however, in the face of the racist majority who want Virgil Wade hanged. The twists and turns leading to the outcome of this astonishing trial will keep readers enthralled.

Michael A. Almond was raised in the small town of Pilot Mountain in the Piedmont foothills of North Carolina.  He received his undergraduate (Morehead Scholar) and law degrees (Morehead Law Fellow) from the University of North Carolina at Chapel Hill, and was a Fulbright Scholar in political science at the University of Mannheim, Germany. Meticulously researched, Almond’s debut novel, The Tannery, transports readers to another time and place, the story unfolding in the turbulent world of Post-Reconstruction social, political, and racial conditions in North Carolina and throughout the South.

Michael will speak and sign books at The Book Loft in Fernandina Beach at 5 p.m. on Nov. 15. This community event is free and open to the public.