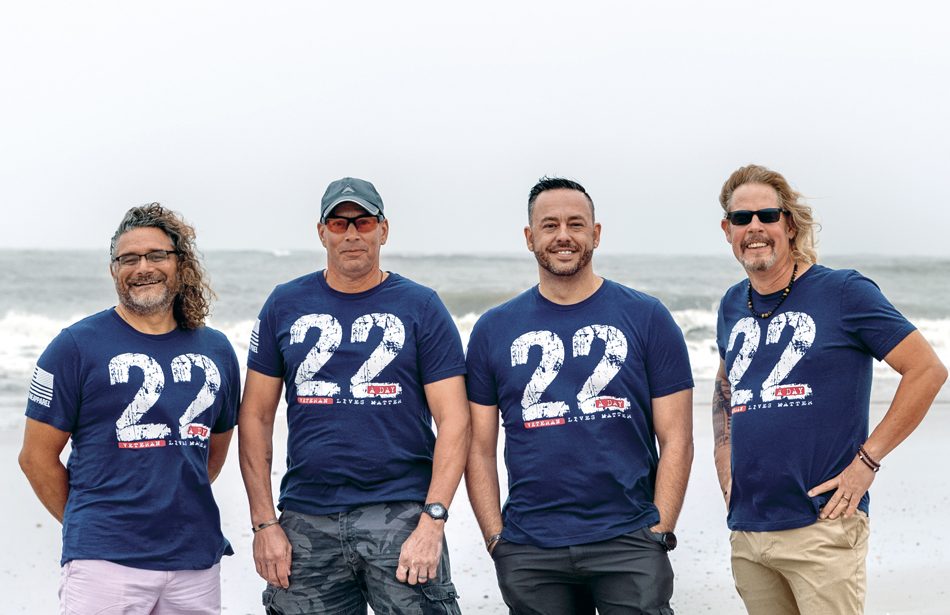 As they continue to raise money and awareness for struggling veterans, Foar from Home prepares to row across the ocean in the Talisker Whisky Atlantic Challenge.

Each year, over 6,000 veterans lose their life to suicide. Six thousand. It’s hard to imagine that the same people who put their lives on the line for others can end up feeling completely alone. Many veterans suffer from PTSD, which impacts every aspect of day-to-day life.

Lack of affordable housing, financial problems, and the struggle to fit back into civilian life can be overwhelming for anyone. Imagine how overwhelming it is for the men and women who suffer from PTSD and the mental and physical issues that accompany that diagnosis. Americans need to understand that many of its veterans are struggling.

But before we look at this incredible feat, let’s go back to 2018. Three years ago, Billy Cimino and Paul Lore created a paddle event called Cross the Line – Paddle for Veterans. It was a fun and successful event that brought members of the community together to show their support. More than 80 people showed up with their kayaks and over $8,000 was raised. The money was donated to Fight Oar Die, a nonprofit Veteran Organization focusing on PTSD and veteran suicide.

Inspired by Fight Oar Die and the mission, Billy and Paul formed a non-profit organization called the Cross the Line Foundation. Cross the Line continues to fight the good fight for veterans from all branches of service and they have experienced an outpouring of support from the residents and business owners in Fernandina Beach.
In January, they unveiled the Cross the Line Scholarship, which will award four $500 scholarships to veterans and/or children of veterans attending college or vocational school, and in June they had their third Cross the Line Paddle for Veterans event. The funds raised are allocated directly to agencies that assist veterans with cognitive counseling, housing, employment, healthcare, and research.

Fueled by the tremendous support they have received and Paul Lore’s belief that the ocean has the power to bring people together, as well as a significant power to heal people, Paul and Billy asked Cameron and Hup to join them for an even bigger challenge. They said yes, and in 2019, the Foar from Home team was born. The Foar from Home team has partnered with the Cross the Line Foundation to raise awareness and funds for programs like K-9 for Warriors, which is the nation’s largest provider of trained service dogs to military veterans, and Fire Watch, which supports Northeast Florida’s fight to end veteran suicide.

Foar from Home’s tagline, “It Takes an Island to Cross an Ocean,” is true. The team continues to receive an outpouring of local love and support. The volunteers who show up at the Cross the Line paddle events, the businesses that plan fundraisers, the people behind the scenes that maintain the equipment and keep it running smoothly, are all incredible. Not to mention the businesses and residents who have donated money and/or supplies to help the Foar from Home team turn their dream into reality. The amount of work that’s gone into preparing for the Talisker Whisky Atlantic Challenge has been non-stop, but it’s a labor of love, and everyone is happy to support the mission and make a change in the lives of all U.S. veterans who are struggling.

For more information on their crossing and how you can help them meet their goal of raising $500,000 for veterans in need, visit their website at www.foarfromhome.com.