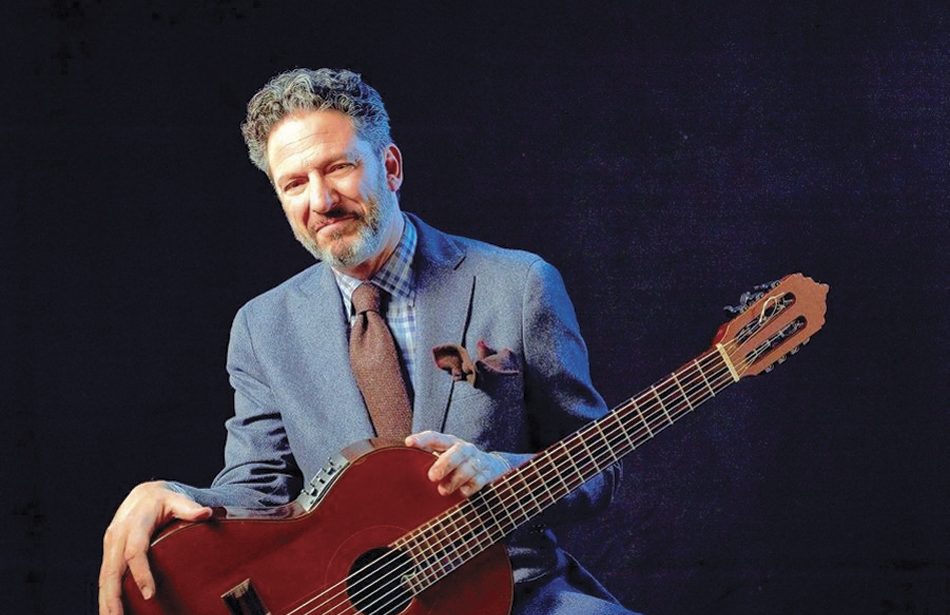 The Amelia Island Jazz Festival provides a rich, diverse cultural experience to the Amelia Island area by exposing thousands of people of all ages and backgrounds to the sounds, excitement, and vitality of great jazz. The Festival presents world-class jazz in many styles, including swing, bebop, Dixieland, big band, Latin, and contemporary.

During the week-long festival, held in October each year, music is performed by jazz greats as well as fresh, up-and-coming young talent. Performances are staged in several venues around Amelia Island, offering fresh, jazz-centric settings. The goal of the Amelia Island Jazz Festival is to help preserve the American art form, jazz, by increasing the exposure and awareness of the music genre to the general public. This year’s AIJF will be held from October 3 through October 10, with dozens of your favorite jazz artists and some brand-new venues.

The Festival began in 2001 when drummer Les DeMerle and his wife, vocalist Bonnie Eisele, fulfilled their lifetime dream of creating a diversified jazz festival on Amelia Island. The couple produced the festival for three years prior to its incorporation as a non-profit 501(c)3 tax exempt organization. With support from the community and their devoted volunteers and sponsors, the Festival has grown and thrived.

DeMerle launched his career as drummer with Lionel Hampton, the jazz vibraphone great, while still in high school at age 16. He then toured for 12 years with jazz trumpet master Harry James and recorded three albums with him, including the Grammy Award-winning King James Version. DeMerle’s own jazz/rock/fusion band, Transfusion, recorded five award-winning LPs. He has toured with Manhattan Transfer and appeared with such musical greats as Lou Rawls, Sammy Davis, Jr., Frank Sinatra, Mel Tormé, and Joe Williams.

A resident of Amelia Island since 1991, Les continues to perform at concerts, festivals and jazz cruises with his trio, quartet, and the Dynamic Les DeMerle Big Band Orchestra featuring Bonnie Eisele, which has recorded 14 CDs, including their new recording, Hot Night In Venice, an Origin Records release.

Eisele is the featured vocalist with the Dynamic Les DeMerle Band. She has appeared with the band on numerous jazz cruises and at many popular jazz clubs, including Somerset’s in Singapore, City Jazz in Orlando, The Jazz Corner in Hilton Head, and Arturo Sandoval’s in Miami. She also has toured the U.S. and Europe with the Chicago Free Street Theater, an original musical theater and dance group. Bonnie’s diverse performing experience includes singing at the Chicago Playboy Club, Chicago Fest, Drury Lane Theater, and Miami’s Fontainebleau Resort. She studied music and dance in Brazil on a Rotary Foundation Graduate Fellowship.

AMELIA ISLAND JAZZ FESTIVAL SUPPORTS MUSIC EDUCATION
The Amelia Island Jazz Festival is much more than music. Through the Festival, DeMerle and Eisele offer education and scholarship programs to expose young people to the art of jazz, while motivating more students to pursue jazz as a musical endeavor. Featuring workshops led by master musicians for elementary school, middle school, and high school students, more than 2,000 area students attend this program each year. These educational programs culminate in the Amelia Island Jazz Festival Scholarship, a financial award presented to deserving high school musicians who demonstrate strong potential to perform jazz at the collegiate level.

“This year’s winner is Wyatt Bruno, a student from Jacksonville’s Douglas Anderson School for the Arts,” says DeMerle. “He’s an incredibly talented trumpet player, who is studying music at the University of North Florida this year.”

KICK-OFF AT AMELIA PARK ON OCTOBER 3
The Amelia Island Jazz Festival kicks off with a free afternoon concert at Amelia Park on Sunday, October 3 featuring the Nassau Community Band led by Marc Dickman, the Yulee High School Jazz Band directed by Amos Walker, and UNF JE2 directed by Dennis Marks. Concertgoers are asked to bring chairs or blankets to sit on and are encouraged to support food vendor, Chet’s Barbecue. Wine and other beverages will be available, along with CDs and tee shirts.

On Monday, October 4, the Festival will present a special evening of jazz, hosted by DeMerle and Eisele, for sponsors of the Jazz Festival, Bronze Saxophone sponsors and above. This invitation-only event, which includes music, food, and wine, will be held in the Harbor Room of the Springhill Suites. (For sponsorship opportunities, visit ameliaislandjazzfestival.com/become-an-aijf-sponsor).

On Tuesday, October 5, at 5 p.m., the AIJF will host a unique Jazz & Wine Tasting, featuring select wines and a pairing of cool jazz for each taste. This event will also be held at Springhill Suites and features the music of multi-instrumentalist Dr. Bill Prince on trumpet, saxophone, trombone, clarinet, and flute, along with Doug Matthews, piano, and Les DeMerle, drums.

JUMP, JIVE, AND WAIL AT SADLER RANCH ON OCTOBER 6
On Wednesday, October 6 at 7 p.m., grab your special someone and head out to Sadler Ranch for Jump, Jive and Wail/Swing Night, Concert, and Dance. This concert will feature The Dynamic Les DeMerle Little Big Band with Bonnie Eisele, vocals; Jim Malmgren, trumpet; Clarence Hines, trombone; Don Zentz and Matt Vance, saxophones; Doug Matthews, piano; Ernie Ealum, bass; and Les DeMerle, drums. There will be a full cash bar available, and food by Beyond Horizons Food Truck.

Also at Sadler Ranch on Thursday, October 7, treat yourself to the sounds of Trio Caliente for a hot Latin Jazz Concert and Dance, featuring percussionist Doc Hardy. Trio Caliente unites and inspires audiences around the globe with their inimitable blend of Flamenco, Pop, and Latin dance music. Enjoyed by political luminaries stateside and abroad, notable Fortune 500 companies, festivals and concert venues around the world, Trio Caliente delivers unique sound and style providing an unforgettable experience.

HEADLINER KEN PEPLOWSKI AT SPRINGHILL SUITES ON OCTOBER 8
On Friday, October 8, the AIJF presents headliner Ken Peplowksi in Concert at 7 p.m. in the ballroom at Springhill Suites. A legendary jazz clarinetist and saxophonist, Peplowski is one of the most recorded jazz players to date, with over 50 CDs as soloist and nearly 400 as a featured sideman. He has performed with Charlie Byrd, Mel Tormé, Rosemary Clooney, Hank Jones, Peggy Lee, Bill Charlap, Woody Allen, Benny Goodman, and many other legendary musicians.

Based in New York City, Ken travels about half the year playing in clubs, colleges, jazz societies, parties, concert halls, and festivals. He is a longtime performer on and consultant to The Jazz Cruise, and in 2013, he was elected into the Jazz Cruise Hall of Fame. This concert also features the Les DeMerle Quartet, with special guests Les DeMerle, drums; Mike Levine, piano; Dennis Marks, bass; and Bonnie Eisele, vocals.

For the jazz-loving night owls out there, head over to Dizzy’s Den at Mocama Beer Company for a Late Night Jam. This popular event features the AIJF 2020 scholarship winner jazz drummer Janae Yates, and her trio, along with 2021 AIJF scholar Wyatt Bruno, trumpet, and scores of other jazz musicians. You never know who’s going to show up to jam! Late Nite Jam is held 10 p.m. to midnight. Every Friday or Saturday headliner ticket holder is invited to the Late Nite Jam on the same night. Tickets to the Jam can also be purchased separately.

HEADLINER JOHN PIZZARELLI TRIO AT SPRINGHILL SUITES ON OCTOBER 9
On Saturday, October 9 at 7 p.m., get wowed by the John Pizzarelli Trio in concert in the ballroom at Springhill Suites. Vocalist and guitarist John Pizzarelli’s unpretentious, song-centered approach has earned wide crossover success during a career that includes numerous tribute recordings honoring both jazz and pop artists.

World-renowned guitarist and singer John Pizzarelli has been hailed by the Boston Globe for “reinvigorating the Great American Songbook and re-popularizing jazz.” The Toronto Star pegged him as the “genial genius of the guitar.” And the Seattle Times saluted him as “a rare entertainer of the old school.” This concert also features the Les DeMerle Quartet, with special guests Les DeMerle, drums; Mike Levine, piano; Dennis Marks, bass: and Bonnie Eisele, vocals, along with a second Late Nite Jam at Mocama Beer Company at 10 p.m.

And if you can rouse yourself Sunday morning on October 10, after a whole week of world-class jazz, join DeMerle and Eisele for a Dixieland Jazz Brunch at Springhill Suites. There will be two seatings for this event, one at 10:30 a.m. and another at 1 p.m. A special Jazz Festival menu has been created by Niko, former head chef at The Ritz-Carlton, Amelia Island. This grand finale of the 2021 season will feature The Spare Rib Six: JB Scott, trumpet; Dr. Bill Prince, clarinet; Dave Steinmeyer, trombone; Mike Levine, piano; Dennis Marks, bass; Les DeMerle, drums; and Bonnie Eisele, vocals.

PARK WEST GALLERY ART AUCTION SUPPORTS THE FESTIVAL
The AIJF operates with the donations from corporate and individual sponsors, along with countless volunteers. Since 2014, Park West Gallery, the world’s largest art dealer, has sponsored the Festival with an auction, and also provides original art for the Festival’s posters and event brochures.

“Park West Gallery recognized the importance of promoting our Festival,” says DeMerle. “Their generous grants and continuous support help us achieve our mission. This year’s AIJF poster was created by Miami artist, Kre8. Drawing on a unique background steeped in graffiti art, tattoo artistry, and a love of Surrealism, Kre8 has inspired art lovers to share in his vision of enjoying creativity and life – and for us this year, our vision of jazz!”

The Amelia Island Jazz Festival has now become a year-round mission for us,” says DeMerle. “With our wide-reaching Jazz in the Schools and Jazz for Seniors programs, our goal is to inspire local citizens of all ages to appreciate the scope and meaning of our American art form, jazz.”

This type of participation, including the nearly 1,000 area residents and many jazz lovers from around the country and the world who attend AIJF public performances each year, clearly demonstrates that people of all ages and backgrounds want to hear and learn about jazz. The Amelia Island Tourist Development Council and the State of Florida have recognized the importance of the Jazz Festival by awarding generous grants in support of many of the 18 years of jazz concerts.

The Amelia Island Jazz Festival would not be possible without the help of volunteers from the community. Volunteers are needed for a wide range of activities, all of which are crucial to the production of a successful Festival. The AIJF is always seeking individuals who possess a variety of talents, skills, and interests. The Festival is also seeking corporate and individual sponsors so it can continue to provide world-class jazz to Amelia Island, grow its education and senior programs, and expand its scholarship program.

Tickets and information about Festival events and artists are all available online at www.ameliaislandjazzfestival.com, along with a special Jazz Pass that will get you into all the concerts at a special rate.