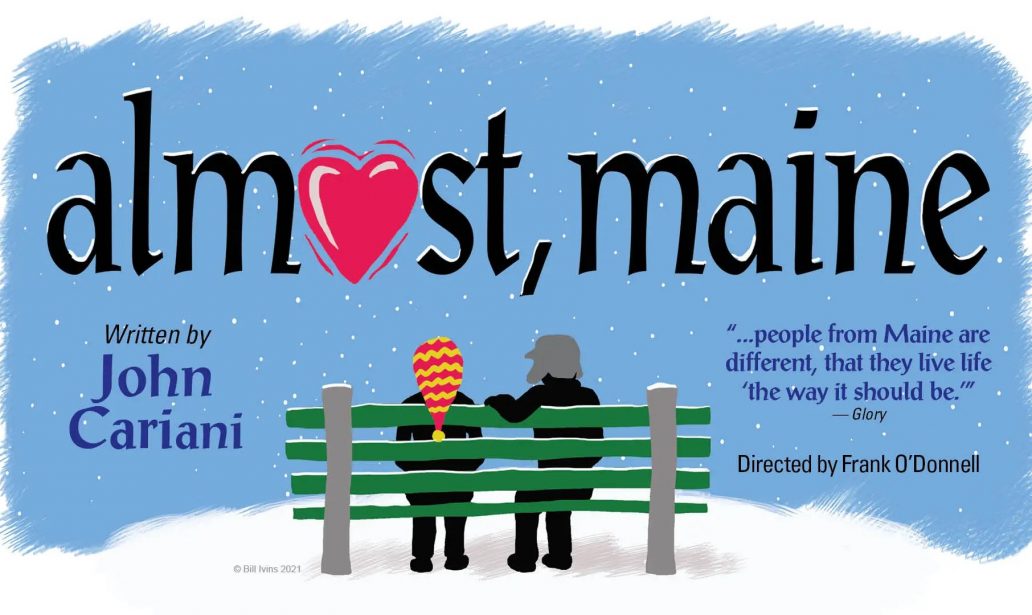 Can love really conquer all? Can it magically propel someone to circle the globe — on foot — in 10 short minutes? Can it endure through an absence of decades? Just in time for Valentine’s Day, Amelia Musical Playhouse will explore these questions and more in its upcoming production of the award-winning play Almost, Maine, opening February 11.

Almost Maine is a fictional place that’s so far north that it’s almost not in the United States. And it’s not quite a town because its residents never got around to being organized. The play is both funny and bittersweet as it looks at all different aspects of love through nine vignettes which all take place on a cold, wintry Friday night as the Northern Lights hover in the star-filled sky.

Playwright John Cariani describes the play’s subject as “falling in and out of love.” But sometimes it is just as much about pain — as one writer put it, about “the sudden thunderclap of love and the scorched earth that sometimes follows.”

Knees are bruised. Hearts are broken. But the bruises heal and the hearts mend — almost — in this magical midwinter night’s dream. For schedule and tickets visit https://www.ameliamusicalplayhouse.com/productions/almost-maine/