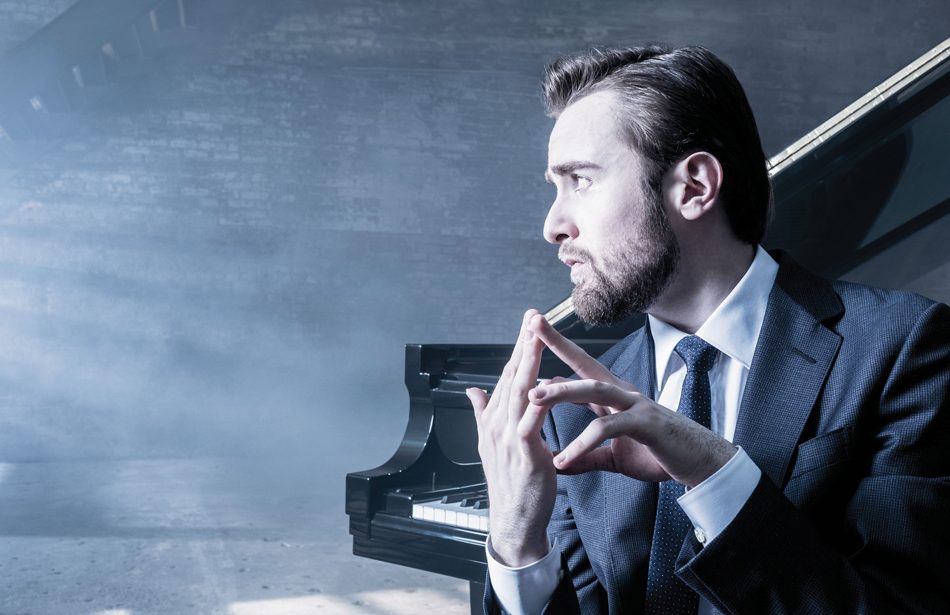 Now in its 22nd season, the Amelia Island Chamber Music Festival has developed into one of the most prestigious events of its kind in the nation! Anne Coonrod, president of the festival’s Board of Directors says, “It truly takes a village to create a world-class chamber music festival on our small island. The festival’s success is a direct attribute to the diligent work of our patrons, volunteers, and many corporate sponsors who donate money, time, and services to help bring renowned artists and thrilling performances to Amelia Island.”

The festival’s mission is to present the world’s greatest musical artists in chamber music concerts on Amelia Island and offer an incomparable music education to concertgoers, students, and young musicians. The festival is supported with numerous grants and donations, including from the Florida Division of Cultural Affairs, the Community Foundation for Northeast Florida, the National Endowment for the Arts, the Amelia Island Convention & Visitors Bureau, and generous corporate contributions from Florida Public Utilities, First Federal Bank, and others. The festival also receives generous contributions from individual contributors, patrons, and volunteers.

The Amelia Island Chamber Music Festival begins this season on January 13 with the Dover Quartet, the festival’s quartet-in-residence, and continues with a performance on January 17 by the National Philharmonic Orchestra of Ukraine. On April 1, the festival welcomes Grammy® award-winning pianist Daniil Trifonov, who was recently recognized by The Times of London as “the most astounding pianist of our time.”

Additional concerts include the Emerson String Quartet, which is making its final concert tour; Beethoven & Bluegrass, with renowned bluegrass artists Mark and Maggie O’Connor appearing with the Vega String Quartet; a second performance by the Dover Quartet, featuring Roberto Díaz and Elissa Lee Koljonen; the culturally and musically diverse Harlem String Quartet; a Community Spring Concert in conjunction with the City of Fernandina Beach with a free performance by the award-winning Kelly/Scott Jazz Sextet; and a concert for all ages, the family-friendly Musical Adventures with Babar, Ferdinand & Skywalker.

“I am truly honored to follow in the footsteps of my friend, colleague, and musical brother, Christopher Rex, and to help launch the 22nd season that reflects Chris’ work and passion,” says Ransom. “This season promises an exceptional lineup of the best musical talent from around the world. Personally, I look forward to engaging with the Amelia Island community and helping to inspire a whole new generation of festival fans.”

“We are so pleased that Will has accepted the position to lead our Festival as we enter our 22nd season of bringing world-class musicians to Amelia Island,” says Coonrod. “With the passing of Christopher Rex, it was important to find a successor who shared Chris’s vision and passion for the festival.”

“I am honored and thrilled to be joining the team leading the festival into its next chapter. Chris, the board, and the legions of volunteers and patrons have built the festival into an extraordinary organization,” said Ransom upon his appointment in September. “I plan to continue the tradition of presenting the greatest music in the world performed by some of the world’s greatest musicians in imaginative, compelling programs. I hope a whole new generation of fans will join the fun!”

THE DOVER QUARTET AT MEMORIAL UNITED METHODIST CHURCH
On January 13, The Dover Quartet presents a special performance, The Dover Plays (Amy) Beach at the Beach. Amy Beach was an American composer and pianist who was born in 1867. Her Gaelic Symphony, performed in 1896, was the first symphony composed and published by an American woman. This concert will be held at Memorial United Methodist Church Sanctuary at 7:30 p.m. The program includes Joseph Haydn: Quartet in C major, Hob.III:77, Op. 76, No. 3 (“Emperor”); Amy Beach: Quartet for Strings (In One Movement), Op. 89; and Felix Mendelssohn: Quartet No. 5 in E-flat major, Op. 44, No. 3.

The Dover artists, Joel Link, violin, Bryan Lee, violin, Hezekiah Leung, viola, and Camden Shaw, cello, have been named one of the greatest string quartets of the last 100 years by BBC Music Magazine, becoming one of the most in-demand chamber ensembles in the world. In addition to its faculty role as the Penelope P. Watkins Ensemble in Residence at the Curtis Institute of Music, the Dover Quartet holds residencies with the Kennedy Center, Bienen School of Music at Northwestern University, Artosphere, and our own Amelia Island Chamber Music Festival.

NATIONAL PHILHARMONIC ORCHESTRA OF UKRAINE AT FIRST BAPTIST CHURCH
On January 17, the AICMF welcomes the National Philharmonic Orchestra of Ukraine, performing at First Baptist Church of Fernandina Beach at 7:30 p.m. The National Philharmonic Orchestra of Ukraine tours under the baton of Principal Conductor Theodore Kuchar. In addition to its U.S. tour, the orchestra has performed for audiences around the world. During the past several seasons, the National Philharmonic of Ukraine has produced highly acclaimed recordings for major international labels. Their January 17 performance will include the Bruch Violin Concerto No. 1-in G minor, Op. 26; Grieg Piano Concerto in A minor, Op. 16; and Beethoven’s Symphony No. 7 in A major, Op. 92.

On January 28, the Emerson String Quartet is performing their Farewell Tour at Amelia Plantation Chapel at 7:30 p.m. For more than four decades, the Emerson String Quartet has maintained its status as one of the world’s premier chamber music ensembles. The Quartet has made more than 30 acclaimed recordings and has been honored with nine GRAMMYs® (including two for Best Classical Album), three Gramophone Awards, the Avery Fisher Prize, and Musical America’s “Ensemble of the Year” award. Artists Eugene Drucker and Philip Setzer, violins, Lawrence Dutton, viola, and Paul Watkins, cello, will perform a program featuring Haydn Op. 33, No. 5; Mendelssohn Op. 12; and Beethoven Op. 59, No. 2.

“BEETHOVEN & BLUEGRASS” AT THE RITZ-CARLTON, AMELIA ISLAND
On February 19, the Amelia Island Chamber Music Festival is proud to present a unique pairing of two exciting music genres in “Beethoven & Bluegrass,” with Mark and Maggie O’Conner and the Vega String Quartet at The Ritz-Carlton, Amelia Island at 5 p.m. Enjoy the legendary music of Grammy® Award winning Mark O’Connor with the innovative music of the Vega String Quartet. This performance is sure to be a fun performance of musical creativity and genius!

Maggie O’Connor, violinist and American fiddler, is a Grammy Award winning musician who frequently performs in a duo with her husband, violinist and composer Mark O’Connor. Mark O’Connor began his creative journey at the feet of American fiddling legend Benny Thomasson and the iconic French jazz violinist Stéphane Grappelli. He has melded these influences into a new American classical music and is perpetuating his vision of an American School of String Playing.

YOUNG PATRONS PRESENT A MUSICAL ADVENTURE FOR THE WHOLE FAMILY
On March 11, the Young Patrons of the Amelia Island Chamber Music Festival present a concert for all ages: Musical Adventures with Babar, Ferdinand and Skywalker. The family concert, in music and dance, features the enchanting musical tales of Babar the Elephant, Ferdinand the Bull, and Star Wars. This delightful afternoon is narrated by Amelia Island’s own Dickie Anderson, with Julie Coucheron performing on the piano along with fellow pianist William Ransom and violinist Helen Hwaya Kim.

Dancers are choreographed by Amelia Island’s Susan Dodge, director of the Amelia Island Dance Festival and the Royal Dance Academy. Children are encouraged to bring their copy of Babar or Ferdinand storybooks to be autographed by the performing artists. Refreshments will be served and there will be three door prizes for children. The performance will be held at Memorial United Methodist Church Maxwell Hall at 1 p.m.

On March 17, the Dover Quartet will conduct a free master class. The group has mentored ensembles from Douglas Anderson School of the Arts, the Jacksonville Youth Symphony Orchestra, music students from the University of North Florida and Jacksonville University, and youngsters from Faith Christian Academy in Fernandina Beach. The class and performance will be held at Prince of Peace Lutheran Church at 1 p.m.

On March 18, the Dover Quartet will perform again with friends Roberto Díaz and Elissa Lee Koljonen. A violist of international reputation, Roberto Díaz is president of the Curtis Institute of Music. As a teacher of viola at Curtis and former principal viola of the Philadelphia Orchestra, Díaz continues to impact American music life in his dual roles as performer and educator.

Recognized as one of the most celebrated violinists of her generation, Elissa Lee Koljonen has thrilled audiences and critics in over one hundred cities throughout the world. Their performance, along with the Dover, features Mozart: Duo for Violin and Viola No. 1 in G major, K. 423; Dvořák: Quartet No. 10 in E-flat major, Op. 51, “Slavonic;” and Mendelssohn: String Quintet in B-flat major, Op. 87.

PIANIST DANIIL TRIFONOV AT AMELIA PLANTATION CHAPEL
On April 1, the AICMF welcomes pianist, Daniil Trifonov, a Grammy Award-winning pianist, and Musical America’s 2019 Artist of the Year. He has established a reputation as a solo artist, champion of the concerto repertoire, chamber and vocal collaborator, and composer. Combining consummate technique with rare sensitivity and depth, his performances are a perpetual source of wonder to audiences and critics alike. The concert will be held at Amelia Plantation Chapel at 7:30 p.m.

The quartet’s mission is to advance diversity in classical music, engaging young and new audiences through the discovery and presentation of varied repertoire that includes works by composers of color. The concert will be held at St. Peter’s Episcopal Church at 5:30 p.m., followed by a reception in the courtyard.

The festival goes out with a bang on May 13 with a free community concert, Classic Swing to New Orleans, featuring Lisa Kelly & JB Scott Jazz Sextet. Lisa Kelly provides vocals, with JB Scott on trumpet, legendary Dr. Bill Prince on saxophone, Jeff Phillips on piano, Rick Ravelo on bass, and Clyde Connor, drums. The artists all have notable careers, including recordings, and three members are Jacksonville Jazz Festival “Hall of Fame” inductees. The free performance will be held at 1 p.m. at the Fernandina Municipal Airport.

For additional information, concert tickets, or to learn more about becoming a volunteer or supporter, visit www.aicmf.org or call (904) 261-1779. Follow the Amelia Island Chamber Music Festival on Facebook. The office is located at 1405 Park Avenue, Suite 101, in Fernandina Beach.