The Christmas Bird Count (CBC) is a census of birds in the Western Hemisphere, performed annually in the early Northern-hemisphere winter by volunteer birdwatchers and administered by the National Audubon Society. The purpose is to provide population data for use in science, especially conservation biology, though many people participate for recreation. The CBC is the longest-running citizen science survey in the world.

Two groups of birders from the Nassau County Bird Club surveyed Huguenot and Kingsley this past Saturday for the annual Christmas Bird Count. “The group I led at Huguenot reported 65 species while the group led by Andrew Schumann observed 70 species with a total of 96 species,” says Bill George, president of the club. “Another well known birder submitted an ebird report that included 8 species we missed while birding Huguenot on the same day. Four of those species were not seen by either group: Purple Sandpiper, Lesser Black-backed Gull, Loggerhead Shrike and Grasshopper Sparrow. Our group looked for all 4 species but the lesson is that birds move around and when people populate the beach and campgrounds, the birds take cover.”

The Nassau Bird Club’s next field trip will be to Okefenokee National Wildlife Refuge, Saturday, January 11 starting at park headquarters at 8 a.m. The group will be joined by Duval Audubon, led by Pat Murphy. For more information about the club and to be put on their email list for upcoming events email Bill George at [email protected] 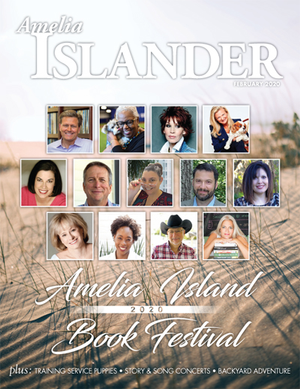