An Evening of Story and Song on November 2

Though legendary folk artists Jay Ungar and Molly Mason were the featured performers at the Amelia Island Chamber Music Festival a few years ago, it was Jay's daughter Ruthy, along with her husband, Mike Merenda, who really stole the show. If you were fortunate enough to have attended that concert, you'll know Amelia Island concert goers have hoped that Mike and Ruthy will come back for a show of their own ever since. After thousands of concerts across tens-of-thousands of miles, Mike and Ruthy have emerged as one of acoustic America's most revered musical duos. As story-tellers, as singers, and as poets, they are heralds of an American cultural awakening, one that values honesty and togetherness, one that prefers grit to glitz and one that - in the face of an information super-highway - revels in the old-fashioned telling of a story. This is one show you really won't want to miss (even if there's a Florida-Georgia football game earlier in the day!) For a sneak preview, visit MikeandRuthy.com, then click "Listen" on the menu. Mike and Ruthy will appear as part of the ongoing concert series, An Evening of Story and Song, and held at Burns Hall at St. Peter’s Episcopal Church. For more information or to reserve your ticket email [email protected] Tickets are $15 per person. 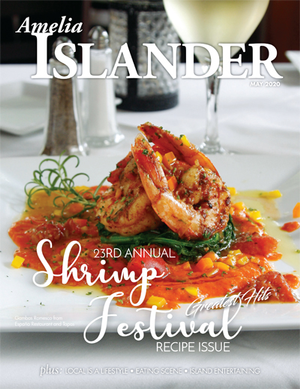